October 1, 2021First, many of the eagles have already returned to their nests.Earlier in the week we erected our last bald eagle nest – this one bordering Boundary Bay, one of the world’s richest eagle habitats.Second, we finally got off on a small trip – all the way over to Vancouver Island – and visited many of my childhood haunts.I guess, terrible as this sounds, for us over 80’ers, reminiscences become more important.Just before leaving Sharon Miletic had called that the Surrey Reserve female was reported back and the Harrison Mills pair were back.While on the Ferry to the Island, I got a call from Russ that it appeared one or more of the White Rock pair might also be back – and hovering over the nest.On the wonderful trip through Active Pass, between Mayne and Galiano Islands, 4 adults were standing above four of the 7 nests on the north side of the Pass.There are another 6+ nests on the other side but too difficult to see all on the one trip.Mike and Diana just called as I was starting this note and said that one of the Jericho Beach pair is back – the one wearing the OWL band – along with one of the pair at the new Coquitlam nest beside the Highway 1 that Mike had to wrap in wire to save the nest from the beavers.Sally Mcdermott just sent me a wonderful photo of the Mosquito Creek pair just arrived on their new nest pole.The season is well advanced. 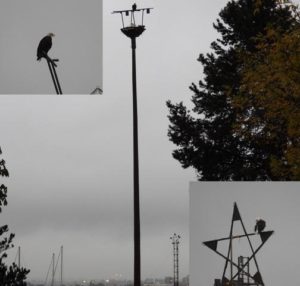 I did get to spend one delightful night with our Director, Dr David Bird and wife Tony to catch up on many projects.We also got to spend a night with Claudia and brother Joe learning about their Mexico adventures and taking over management of a fishing lodge at Bute Inlet.So wonderful to catch up on how each is adapting to covid.Then Mahara and I toured the Provincial Royal Museum, my haunt as a kid and where my mentor Frank Beebe worked.They have a wonderful interactive display on Orcas — an appropriate introduction to the next day’s whale watching trip out of Victoria and up – the Straights of Juan de Fuca – all in calm glassy waters.We saw nearly 20 Humpbacks, 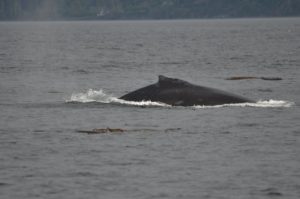 well over a dozen Transient Orcas, all circling the 1500 seals and sea lions on Race Rocks.
https://hrvatskafarmacija24.com/ 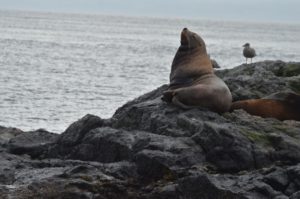 We thank Eagle Wing Tours for the marvelous trip – and arranging such a show!!This was a fascinating reminder of the past.Back in 1967 I published a paper, I think in the Journal of Mammalogy, of the first record of California Sea Lions in British Columbia. 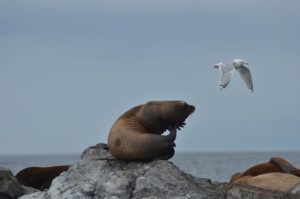 I had seen them from an aerial survey and confirmed by boat on return, 6 or 7 of these creatures hauled out on Race Rocks.About 600 years earlier, during a previous warm spell, there were records of this species being taken by the First Nations as a food source – as far north as Prince Rupert.But, in our European history since the late 17 hundreds, no such creature had been seen in our waters.On this day several hundred California and Steller’s sea lions were present along with about 100 Harbour Seals.Warming waters – another indicator of climate change – bring big changes. 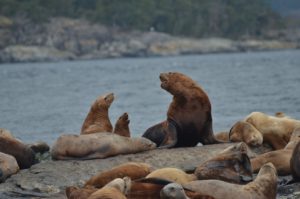 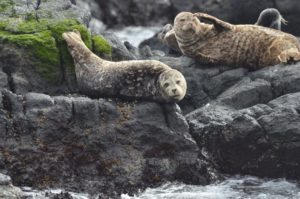 Our incredibly knowledgeable guide, Derek Sterling, told me that in most recent years a group of Northern Elephant Seals hauled out on these rocks to moult during the summer. He also mentioned “Ollie,” a male Sea Otter who spent 6 years around these kelp rich rocks. Boy that brought home other incredible memories. In 1964, following the Alaska Prince William Sound Earth Quake, my wife and I had spent two months in the sound recording the ecological changes of the rising lands post earthquake and then a month, working with the Alaska Fish and Game Branch biologists catching 26 otters for the first reintroduction of the species back to British Columbia. We travelled back to BC in the Federal Fisheries Research Vessel with this treasured cargo to make the first reintroduction of this species back to BC waters after their extermination by pelt hunters at the end of the 1890’s. What a wonderful summer and being able to help bring this ecologically important and behaviorally exciting species back to BC.

I have not forgotten about eagles – we met up with Toni Cole, who had the records of 11 nests north of our earlier home just off Keating X Road, and north to the end of the Penninsula. It was so wonderful to get updates on some of the nests I had been familiar with as a kid and ones that I had tracked from the air in my first little aircraft in the mid 1950’s – then later during my extensive surveys as a graduate student during the 1960’s. Toni had again followed the nest many of you might recall, our “Hawklet nest,” in Sidney. It was the nest that really got Christian Sasse into live streaming videos. I am sure many of you follow his work. So wonderful to see this nest is still producing annually – though this year just eagles and not extra red-tails!

Another highlight, part of the rich past I was so privileged to have enjoyed, was meeting Joyce Butler, our neighbor at the time whose husband and his brother owned the local hardware store and gravel pit. I could always get a job there, first washing the cement mixer trucks each evening after school – when I was 12 and 13. By 14 I had grown to 6 feet and graduated to doing all the blasting of the cliffs so there would be fresh gravel at ground level the next day. This was normally Joyce’s husband’s job but he willingly gave it to me – for adult wages. And it was appreciated as dad had been bankrupt and jobless since suffering a severe back injury on the job – and this was before workman’s compensation.

My career at the gravel pit lasted through school and until I headed off as a pilot and then biologist. Between my using the big Trojan Loader to fill the trucks, being backup or actually running the cement plant to loading the trucks I nearly had a management job in the pit by 14 because I was always hanging around – and could do any of the jobs. By age 15, when the company had just outfitted the largest and newest truck, a GMC Hydromatic, with the largest cement mixer on the back, brother Claude lined up all the 12 drivers and I was selected to be the first driver that summer of their most expensive machine. Claude had been taking me flying for several years and he knew I had just passed all my flying exams and I guess if he was watching me fly his plane, drive all his trucks, cranes and loaders for several years, this was not unexpected in a work-place where talent was honored.  I did not tell anybody that entire summer I would not get my drivers license or pilots license until I became 16 – the next year. The opportunities of the youth of yesterday were a bit different!

And another update as of today! I visited Joyce Butler because she had been our first key financial supporter of the French Creek Estuary Bald Eagle Reserve.  She had seen the interview Denise Foster and I did on building the bald eagle nests and wanting to start the first Bald Eagle Reserve on Vancouver Island. Joyce wanted to contribute to our efforts. She has greatly helped Denise and her group get this incredible project off and running – we are so appreciative. This French Creek project, while suffering some delays of our promotional activities due to the groups inability to hold meetings during these covid times, is now back on track. Also this week one of the adults is back – initially seen in the nest we built near the water and which has the live Streaming CAM. You can now watch our new year unfold. I just read a note from Denise minutes ago – an adult has been seen in their original nest up beside the highway and on our artificially built nest ‘595’ at the mouth of the Estuary.

Denise has posed the logical two questions:  ”where is the mate and which nest will be used to raise a family?” Could two pairs again, as in the 1950’s when I first saw this nesting territory, live in this little but rich estuary? Conservation of our natural resources always poses more questions than answers! Time will tell.

What a wonderful 3 days on the Island – and thanks for sharing your time to indulge in my reminiscences and ramblings.

Addendum:  Derek Sterling just sent me his  Sept 18, 2021 Inventory of what he sawy on Race Rocks:

DH Note:  this does not include all the sea birds, in the dozens to hundreds,  just off shore: Rhinoceros Auklets, Pacific Murres, Marbled Murrelets, occasional Tufted Puffins, Pigeon Guillemots, all 3 cormorants, shearwaters by the dozens and more gulls,  in their 3 plumages,  than most of us can identify.  I also saw a single harbour porpoise  — usually you see more but perhaps too many Transient Orcas!   Neat he saw the Sea Otter – such an endearing animal.   I missed seeing it – mainly because I was not aware of it being there and I did not watch the kelp beds,  I am guessing but with all the Orcas patrolling just off the kelp for seals,  I suspect he was hanging in on the close-to-shore side!. I am sure he did not want to be a play toy.  Also seen were 16 fisher boats  — I saw two pulling in salmon.