TERF02 was tagged and banded on December 12, 2018, at the Vancouver Landfill in Delta, BC. She appeared to be male based on measurements taken at the time of banding and that was confirmed by a blood test; his USFW band number is 0709-01987 and he has a more readable black/yellow band on his left leg with the characters C over 7. TERF02 had full adult plumage so was likely more than five years old at the time of banding. There was concern that he might have something plastic stuck in his crop so he was taken for x-rays that showed there were two bones there, perhaps chicken bones; he was kept overnight, and they had passed by morning, so he was released.

Please visit our Hancock Wildlife Forum thread for more information about what TERF02 has been doing since then (he’s been busy!). 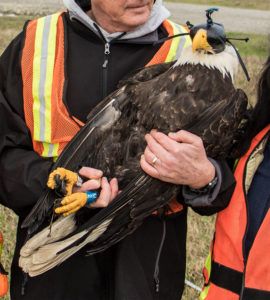 BACA03 BACA03 was originally banded in 2009; he fell from his nest in June of that year and was hand ...
Read More 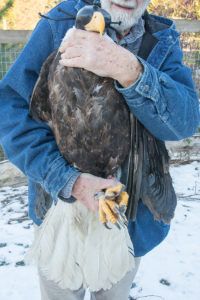 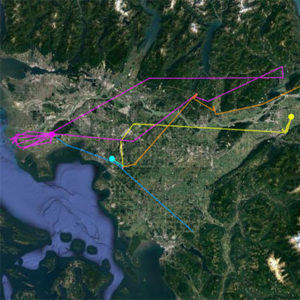 TERF03 TERF03 was tagged and banded on January 4, 2019, at the OWL (Orphaned Wildlife) Rehabilitation Society facility in Delta, ...
Read More 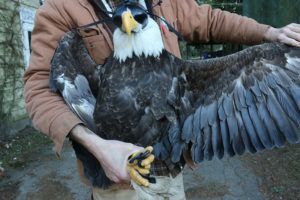 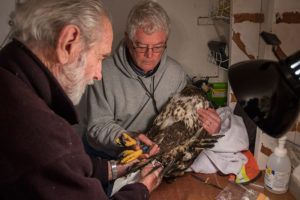