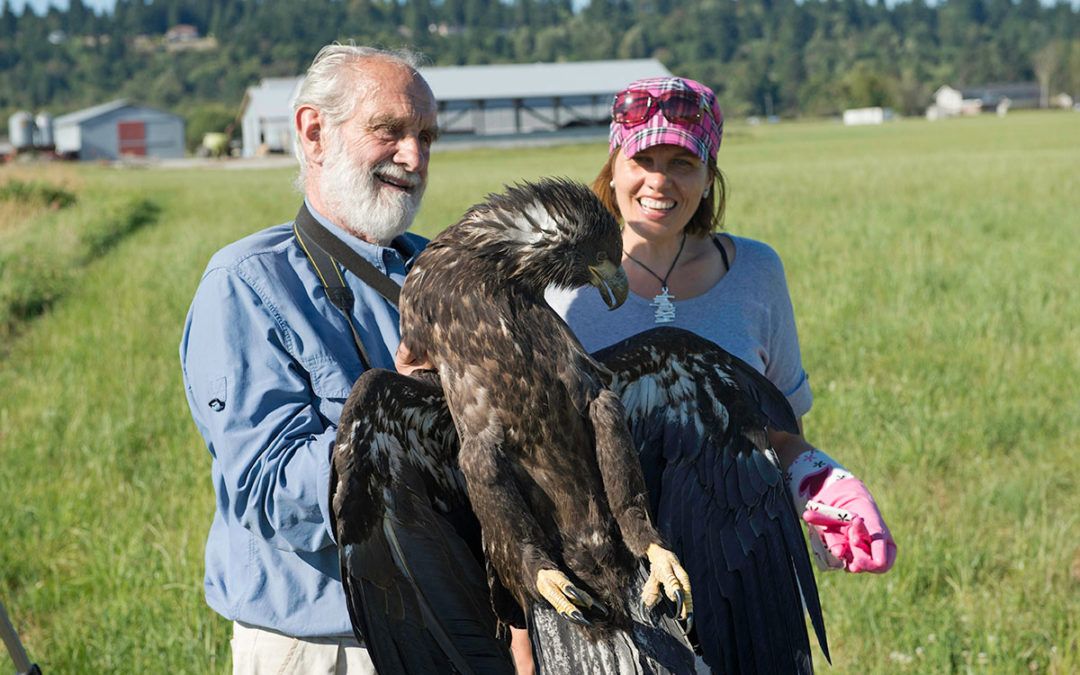 Rosana is an electrical and electronics engineer and has been working for GE Canada since 2012. Before that, she worked for IBM Brazil as a product engineer.

Born in Brazil, where the natural environment is so diverse and the birds very colourful, the only raptor Rosana could identify by name was the harpy eagle, or royal-hawk, the largest and most powerful raptor found in the rainforest. Her work required her to travel all over the world and she was always fascinated by how nature could be so blessed in one country and so devastated in another.

Her love of the bald eagle started when she moved to White Rock, British Columbia in 2010 and realised she was surrounded by eagle’s nests along the beach. Her husband Christian Sasse bought his first specialised  camera  in 2011 and both of them went to Fraser Valley Bald Eagle Festival that year.

It was here that they first met David Hancock and Mary Scott and discovered their shared love of eagles.  Since then, a deep and supportive friendship has grown up. Rosana and Christian are involved in anything that David needs help with. Love of the eagle brought them together and they are always looking for better ways and options to help preserve the natural environment around them.

In 2013 Rosana became board director at HWF and she volunteers her time by monitoring the HWF Facebook and Twitter accounts and helping to coordinate HWF events throughout the year.