BETA04 is a very special eagle to many of us because we watched her grow up on the Surrey Reserve eagle nest cams – you may know her as Loki. She is also special to this study because we know her exact age – she hatched at 9:23 pm on April 6, 2020, about a day and a half after older sibling Thor.

Loki fledged, or took her first flight from the nest, at 8:15 am on the morning of June 28 – about 2 hours before Thor. Both fledglings were doing a great job flying in and out of the nest for a couple of days – until Loki tried landing on a power line the evening of July 1st and and was seen dangling from the line. Local residents called OWL (the Orphaned Wildlife Rehabilitation Society) and they managed to catch her when she dropped from the line and tried to run away.

Happily she had only one little black burn mark on the bottom of a toe as a reminder of her adventure, though she had to stay at OWL for a little over two weeks while they made sure there were no internal injuries. She quickly adapted to their flight cage and showed them she wanted to fly. She was released near the nest the afternoon of July 17.

We were hoping she would stop by the nest to say goodbye – but I think she was eager to be on her way north in search of salmon. The map shows how far she traveled in just a few days!

Loki did not have a blood test to determine her gender, but she weighed 4.5 kg/9.9 pounds so it’s very likely that she is female. And if you happen to be in a place eagles gather, keep your eye out for Loki – she’ll be the one with the blue band on her left leg with the silver characters D over 3.

Update April 2021 – Loki is now one year old – and has been busy exploring Washington and Oregon this spring.  And happily, she has one of the newer trackers that work in both Canada and the United States, so we have been able to follow her travels.

Please visit our Hancock Wildlife Forum thread for more information about where BETA04/Loki has been – and there are even pictures of Loki on her flight from Victoria to Washington, with big thanks to Daniel Donnecke! 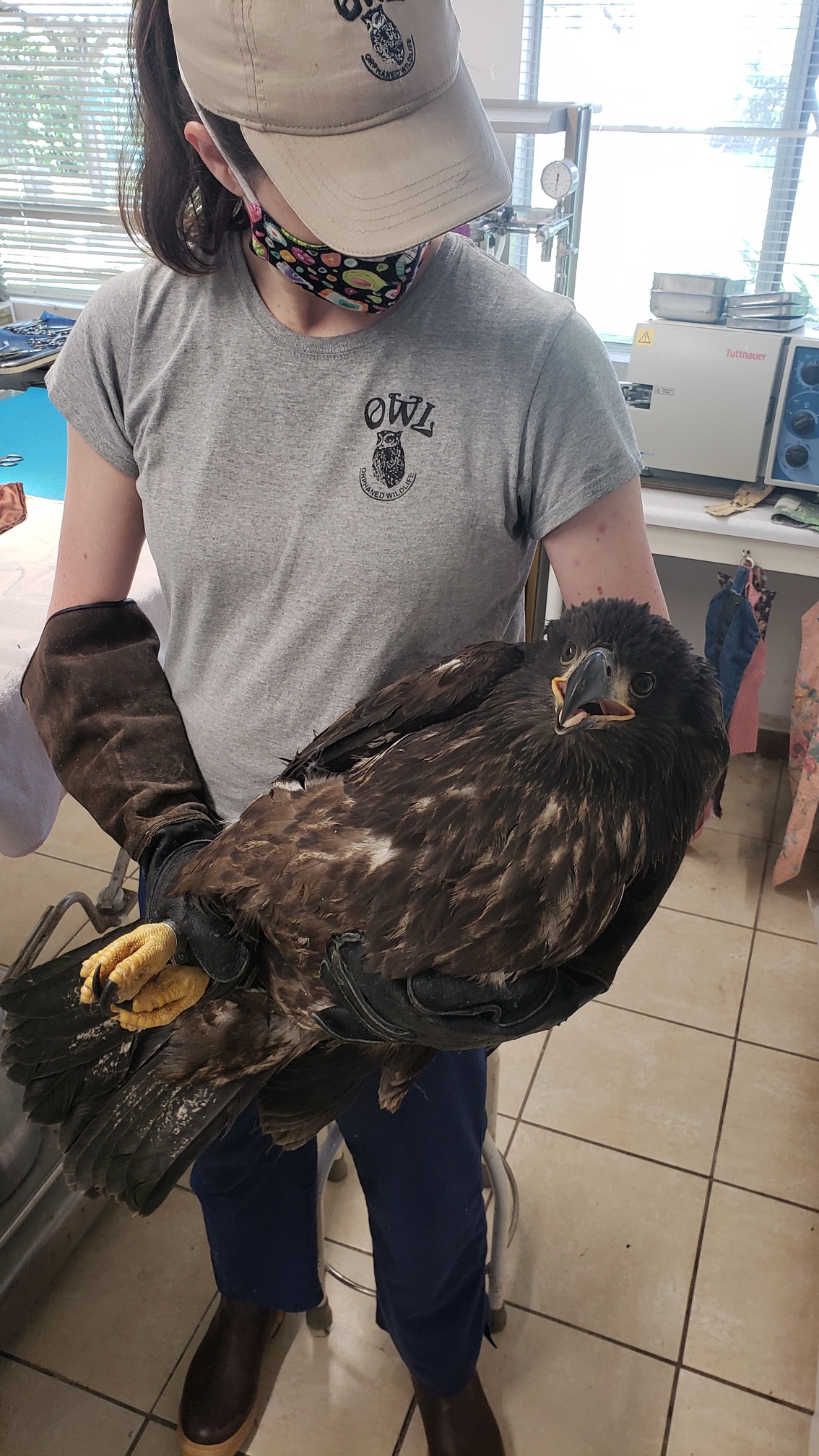 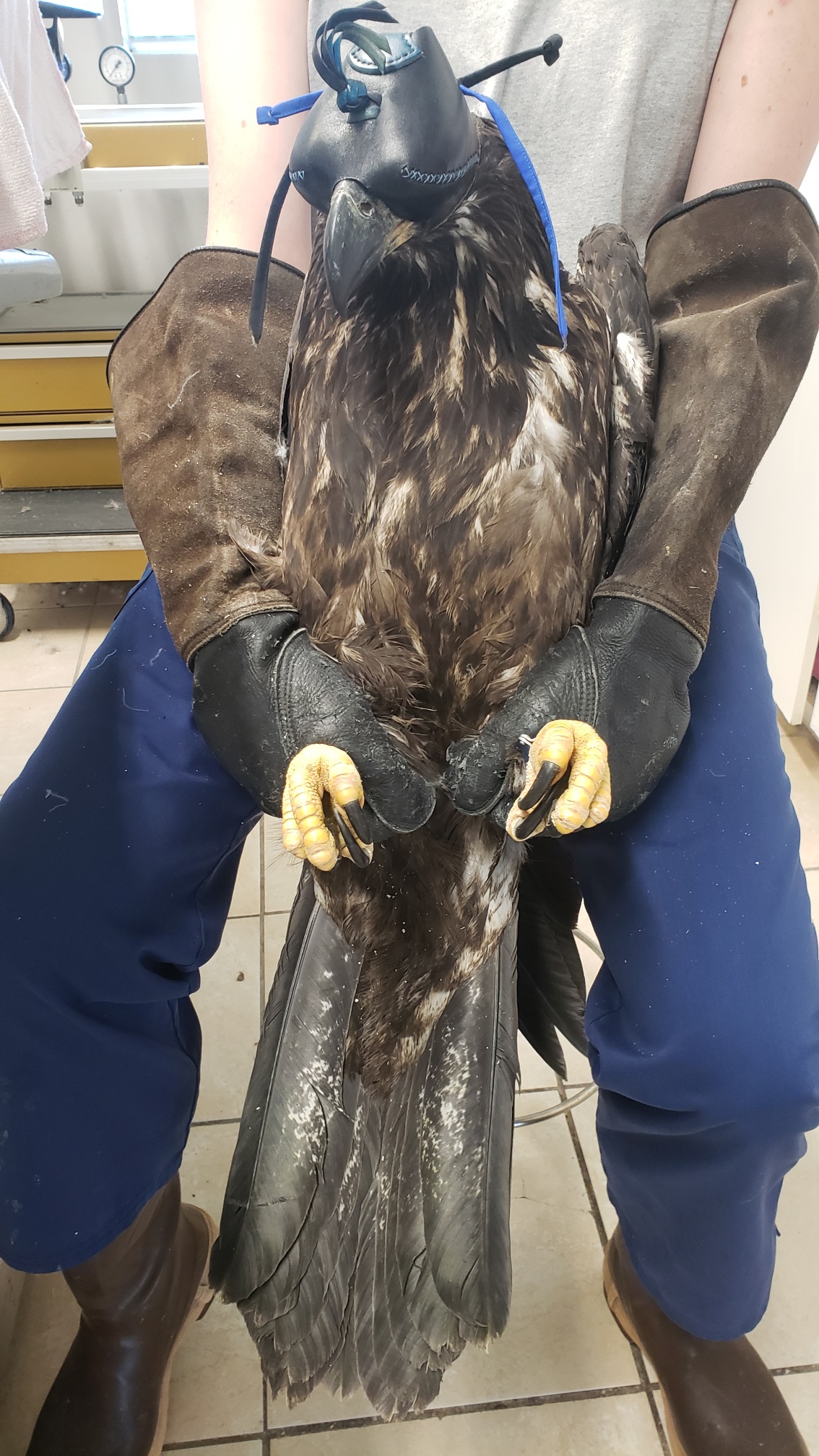 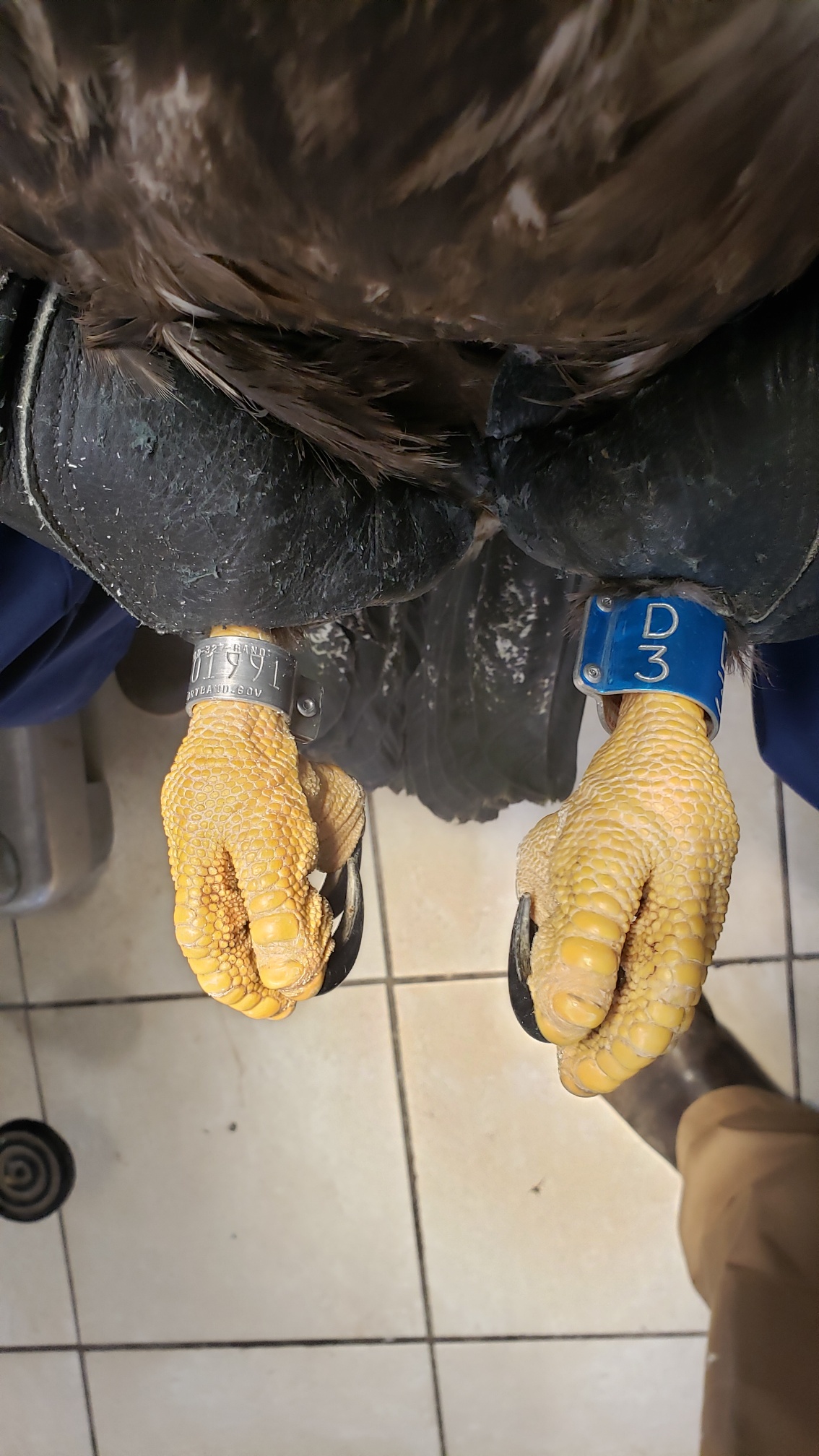 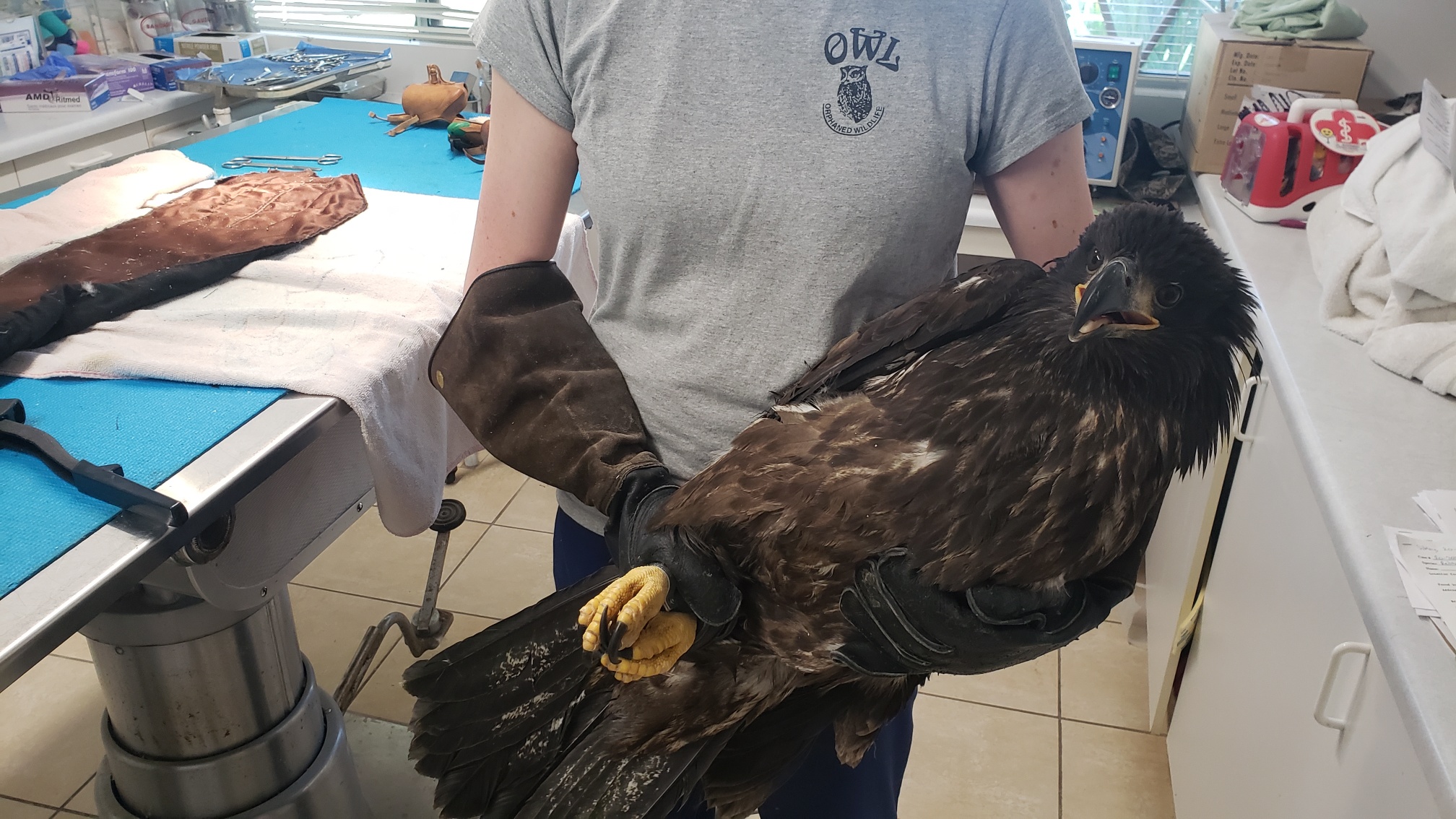 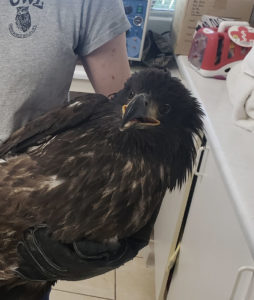 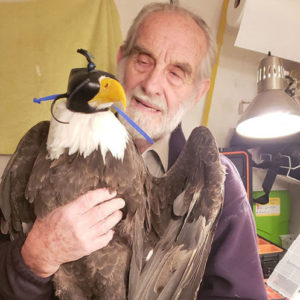 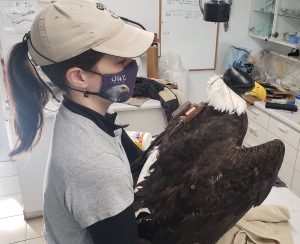 TERF10 is a juvenile who hatched in 2021 at the Parksville Bald Eagle Preserve on Vancouver Island.  We are hoping ...
Read More 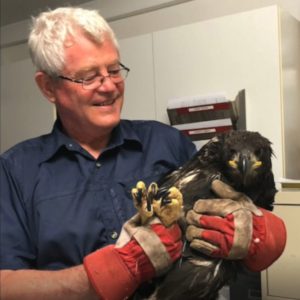 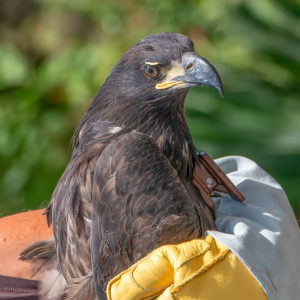 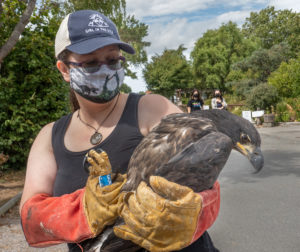 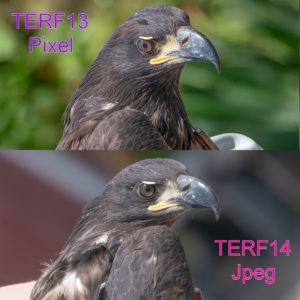 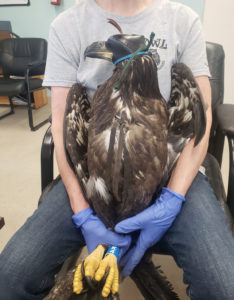