See more
Click here for further information regarding the Nest mitigation efforts for the Croydon Bald Eagle Nest
Established by DAVID HANCOCK in 2006 to broaden his at that time more than 60 years of lecturing and teaching about wildlife and conservation, especially bald eagles, to include the web, the Foundation’s mandate is to use the Internet in general and live streaming wildlife video in particular to promote the conservation of wildlife and its habitats through science, education, and stewardship. In David’s words, “Our first live eagle nest cams reached and taught more people in a 4 month period than I had in all my years of lectures combined. This is the way of the future.”

The mission of the Hancock Wildlife Foundation is to promote the conservation of wildlife and its habitats through science, education, and stewardship.

The Hancock Wildlife Foundation currently has numerous open projects that are helping to revitalize birds both in our own area and world wide. See what we have been up to on Our Projects page.

Hancock Wildlife relies heavily on donations from our viewers. Find out how you can help keep our cams alive and running for years to come.

From around the world..

Mark November 17 and 18 for the eagles – the Harrison – Chehalis Eagles. This is our annual Eagle Festival and this year the north is definitely starting to freeze up early - this should drive the eagles south in big numbers.  Also this year there will be another newcomer to the Harrison - Jo & Rob have sold the Fraser River Safari Tours and a new chap, Liam Sullivan, has purchased it.  I met him a week ago and he has been brought up in the area and loves it as much as the rest of us keeners. I ...
Read More
October 24, 2018 / Foundation News, Hancock Here, News
Surrey Reserve Bald Eagle Nest: the Background

Surrey Reserve Bald Eagle Nest: the Background Dawson & Sawyer:  Sponsor of Surrey Reserve CAMS Dawson & Sawyer were the second developers who approached me (David Hancock) wanting advice on how to develop the south Surrey region that contained an active bald eagle nest (Surrey Reserve Nest = SR).  Before 2010 a developer was advised to contact me about a plan to develop about 10 acres around a bald eagle nest I had been following for over 20 years.  My proposal to dedicate a small area for about 100 fine trees, including 5 very substantial 120-foot-tall Black Cottonwoods, was apparently ...
Read More
October 10, 2018 / Foundation News, News, Wildlife News
Hancock here: Update October 5, 2018 Following our Tagged Eagles + the Upcoming Festival

At 15 I learned to fly so I could be closer to eagles.  Today in 2018 as I was developing the WEB Summary Report for Tracking our gps tagged & Color Banded eagles, I entered the name of the first cell tracked eagle:  Hope & Expectations.  Wow - it hit me!  I have passed 80, so what is left:  Hope and Expectations?! I was immediately reviewing my misspent youth.  At age 15, as I was logging the flying time to get my pilots license, I realized that all the Canadian Gulf Islands had a pair of nesting eagles every mile ...
Read More
October 5, 2018 / Hancock Here, News
Trees will make your child smarter! 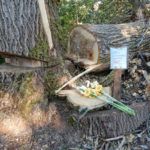 Hi all: Hancock here -- Report on the "beginnings" of the Croydon Outrage. First, let me thank all our directors, HWF supporters who helped and got very wet and the 30++ mail-forwarders from all those lower mainland conservation organizations who kept telling their members that this is important - and many who arrived wet. Thank you not just for all the work and the kind words but for recognizing that this is an important landmark. Croydon in the rain can definitely be wonderful - in spite of vandalized bald eagle nest and tree - it was wonderful to hear what ...
Read More
September 10, 2018 / Hancock Here, News, Wildlife News 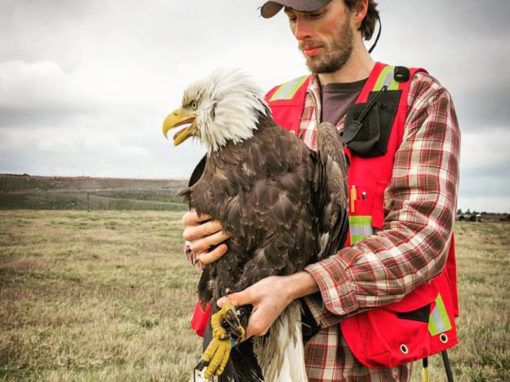 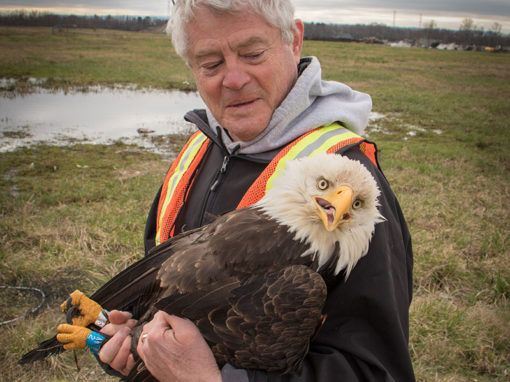 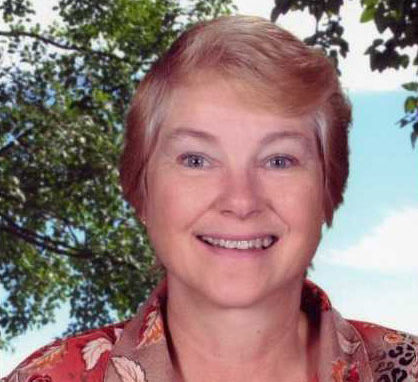 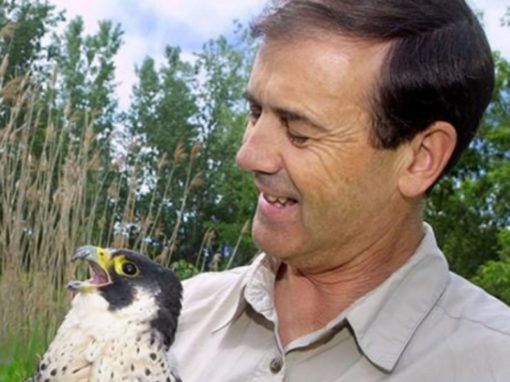 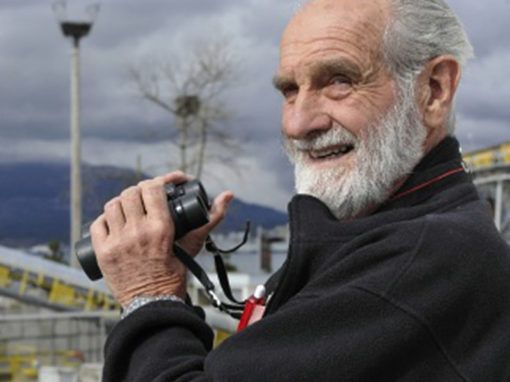 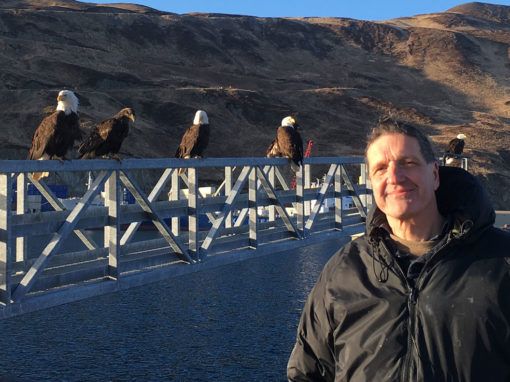 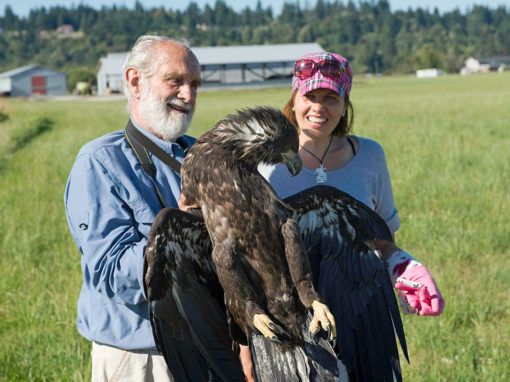 Title: Board of Directors/Social Media 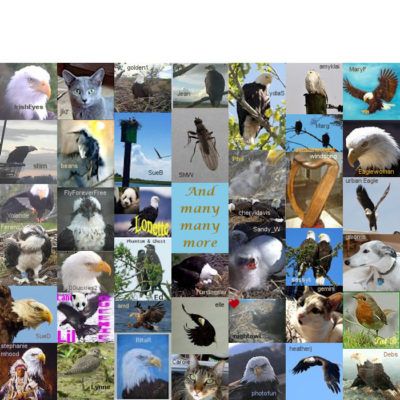 The image (clicks bigger) shows the avatars of more than 40 of the Hancock Wildlife Foundation’s online volunteers who run our forum, control our cameras, post observations about the activities on the cameras at our four eagle nests and on other wildlife cameras across North America and around the world, and post observations and stunning photographs of eagles and other wildlife they observe live and in person.

BECOME A VOLUNTEER
No posts found.

Working to save the birds

Our Partners and Supporters